It's no secret that Strava is making some changes to their app. A select few in the industry recently received beta testing of the new version of Strava before its imminent release.

One of those is our good friend and Cyclist / Consultant / YouTuber etc. Shane Miller aka GPLama. Shane just released a nearly 7 minute hands on look of the new look Strava on his YouTube channel. Check it out below 👇👇

It's important to note, that if you're on the free version of the app you won't receive access to all of these updates.

Also, the app updates will roll out to both iOS and Android devices.

The main difference you'll notice are the menu tabs along the bottom of the app. Currently the tabs are:

The new layout will see some of these replaced and some renamed. Here's the new tab layout. 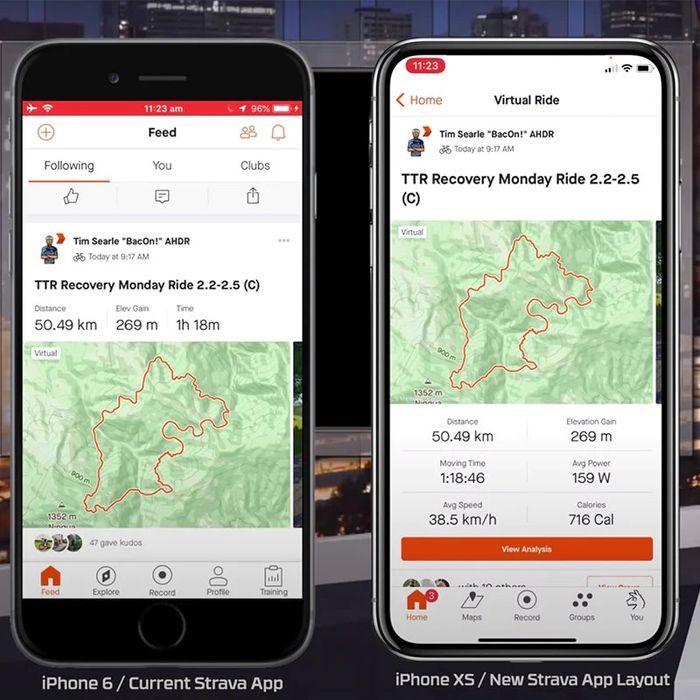 The main feed screen only shows your own feed and who you're following. You can't get to your clubs from here.

The 'Explore' tab has changed to 'Maps' with a few new features. In the maps you can see 'Segments', 'Routes' and 'Saved' routes. The social side of things has been broken out and put into the 'Groups' tab.

'Groups' is where you will find the Challenges and Clubs.

The 'You' tab is simply a renaming on the 'Profile' tab

Bluetooth connection with third party Heart Rate Monitors is back! In the video Shane states that he is hoping to see speed sensors, cadence sensors and power sensors added back in soon as well.

There's a couple more things that Shane goes into detail about, but you'll have to watch the full review to find out.

Let us know your thoughts on the new Strava layout in the comments below and make sure you join our Quad Lock clubs to share your rides and runs.