On June 26th, Melburn Roobaix - The Hell of the North(cote), was back for 2022! And after two long years of hiatus due to lockdowns in its home city of Melbourne, Australia, we were excited to be a part of the day.

Melburn Roobaix derives its name from the well-known Paris-Roubaix professional cycling event, and its iconic cobblestone sections. Melburn Roobaix was launched in 2006 by FYXO (aka Andy White), and has become a staple of the Melbourne cycling calendar. 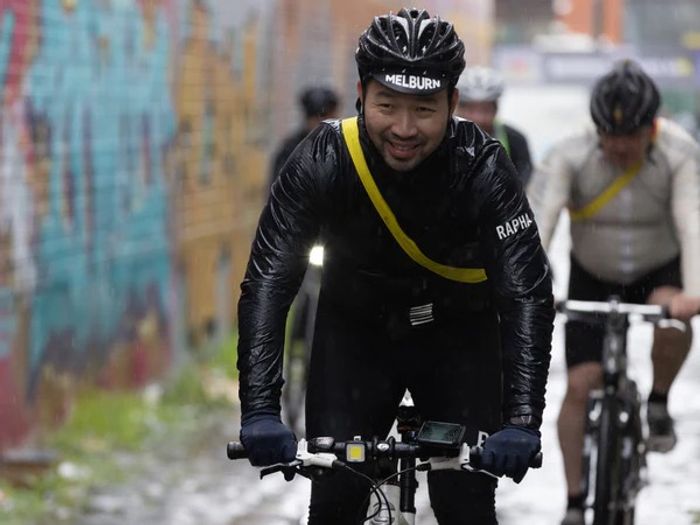 Much like its namesake, Melburn Roobaix is centered around riding cobbled lanes and unpaved paths, except inner Melbourne suburbs instead of through France.

Melburn Roobaix is so unlike any other cycling event, rather than focussing on the fastest finishers, it's a day to get out and just enjoy being on your bike like when we were kids. 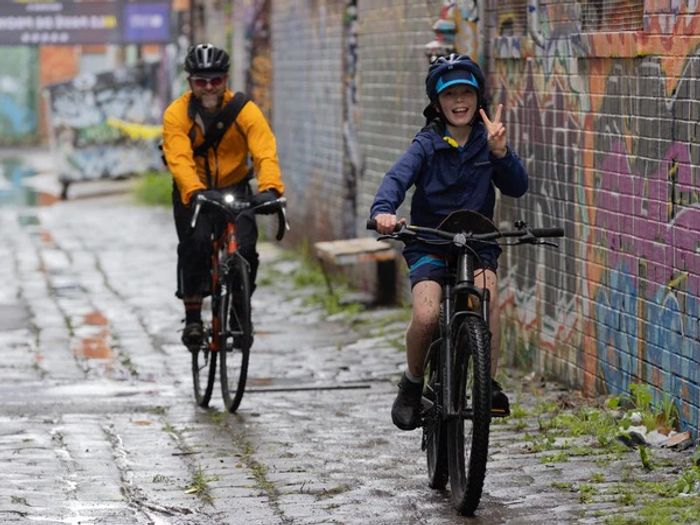 Participants in the Roobaix are from all walks of cyclist life; hardcore roadies, mountain bikers, commuters, fixies, e-bikes, the list goes on. And everyone is there for the same reason - because they love riding their bike. 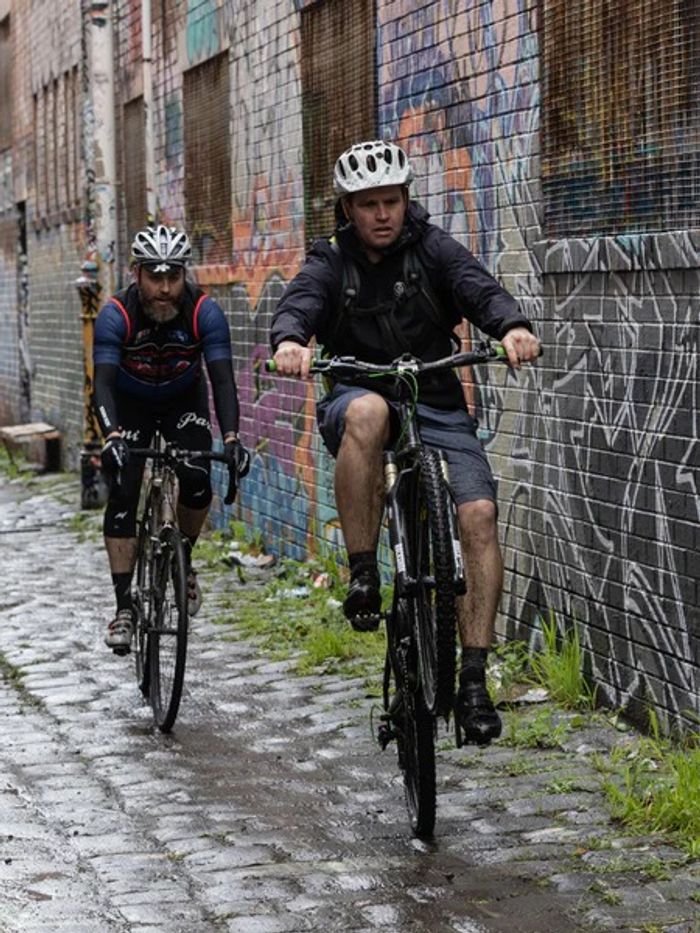 The first Melburn Roobaix in 2006 attracted a modest crowd of about 100 participants. Today, Roobaix attracts a much larger crowd, with the 2022 ride having over 2,000 entrants.

With the fun-seeking element of Roobaix, costumes of course make a large appearance, from the simple to the much more elaborate. 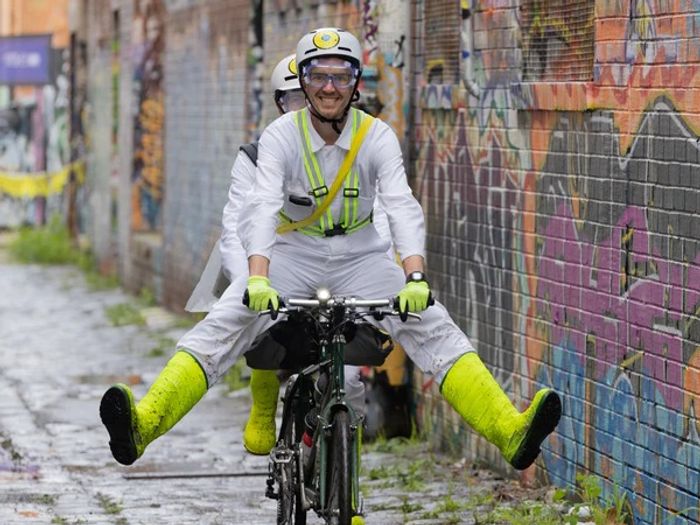 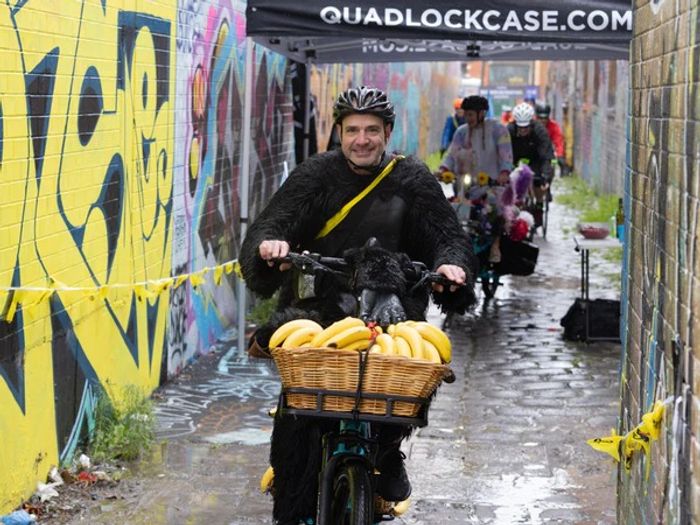 To the west of the start line in Brunswick, the team from Quad Lock were busy preparing their laneway for Roobaix riders. Big shoutout to Dom for bringing his own broom from home to ensure no unfortunate cyclist would get a flat in his lane! 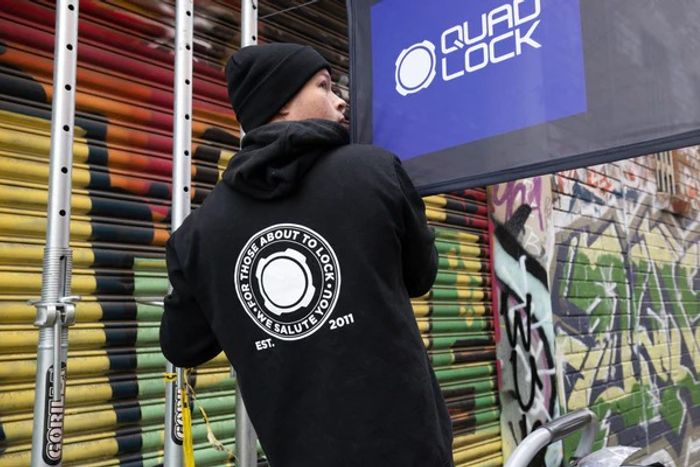 The day began for participants in Thornbury, one of Melbourne’s inner northern suburbs, where we registered with organisers and met up with mates. Anticipation was in the air (or was that precipitation?) as everyone checked out their Roobaix musette supplied with Roobaix themed maps and markers, before heading off for the ride. 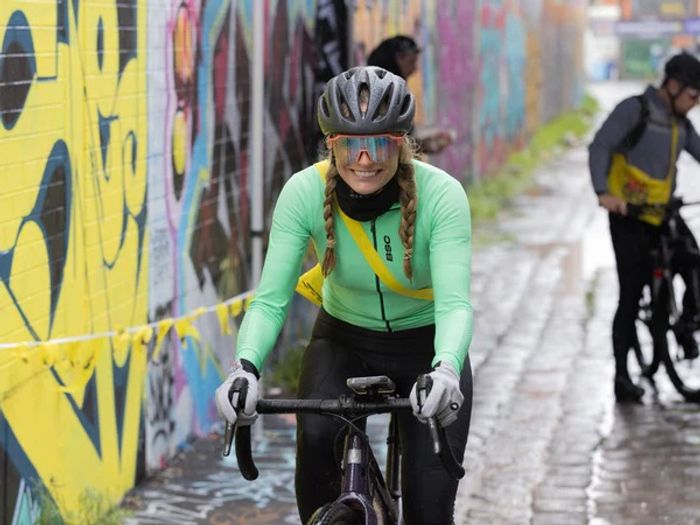 The rain started mid-morning and kept up for several hours. That made for some pretty muddy riding through the cobblestone and unpaved lanes, which were already reasonably wet and muddy from the rain leading up to the event. But it did little to dampen riders spirits! 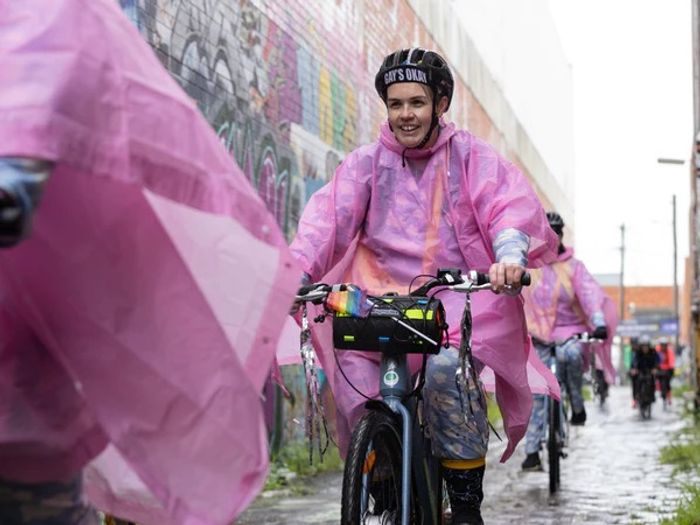 The Roobaix route can be more of a suggestion, with plenty of options for route modifications and pit stops. As the weather caved in, one rider may have regretted their decision to ride their three-framed bike with road tires down some seriously slippery lanes (although we are pretty sure this cyclist completed the entire route). 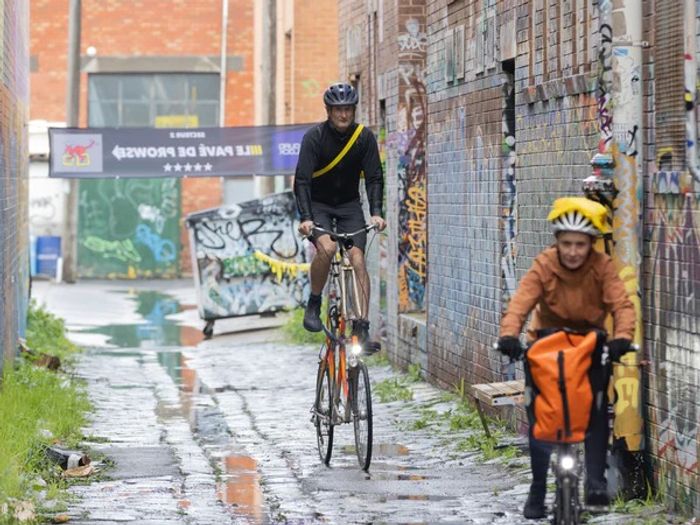 The Quad Lock crew of riders stopped off in the Quad Lock laneway to spend some time cheering other riders along and dispensing lollies to encourage everyone through the worst of the weather. 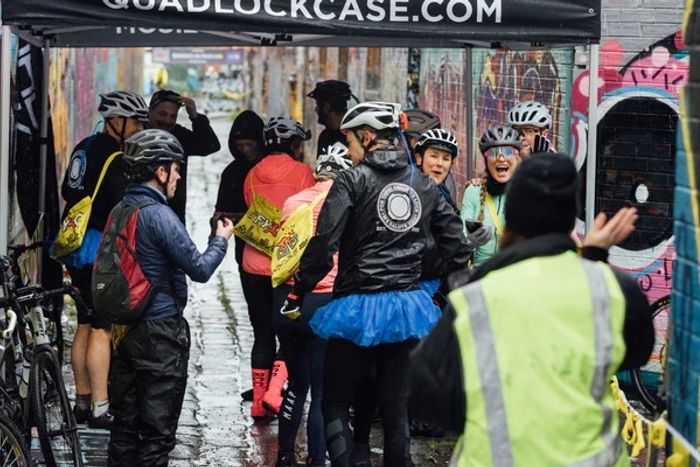 Unfortunately we were a bit less prepared for the amount of lollies riders would consume during the day, who would have thought 10kg wasn’t going to be enough?! 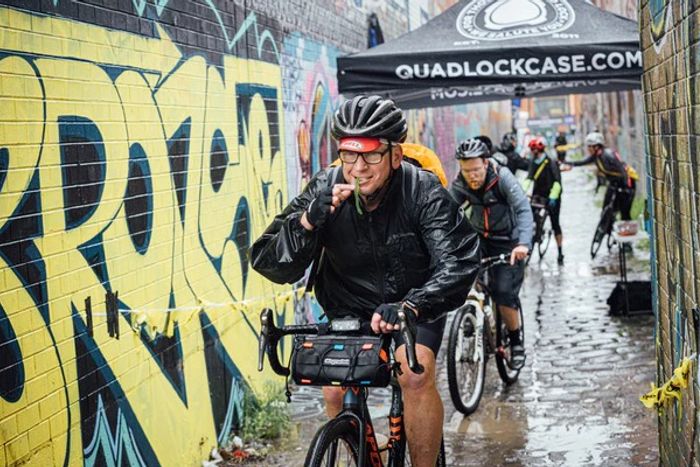 The Quad Lock crew of riders then headed off towards the Brunswick Velodrome, and the finish of the Melburn Roobaix, for some cold drinks and hot food.

The final kilometres of the Roobaix were not without incident, several of our group taking small spills on the slippery and muddy tracks along the Merri Creek Trail, resulting in some very muddy behinds (no injuries thankfully). 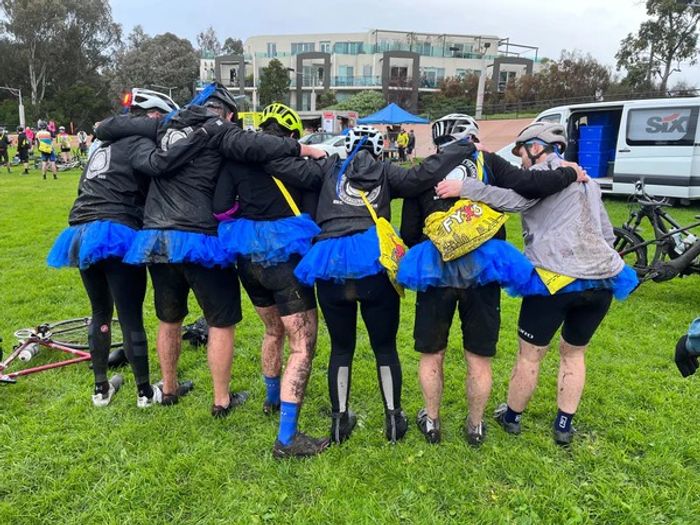 After saying hello to other riders and checking out the bikes, sights, and costumes, it was time to ride home and hop straight in the shower.

Thank you for the great vibes and for having us Andy, until next year! 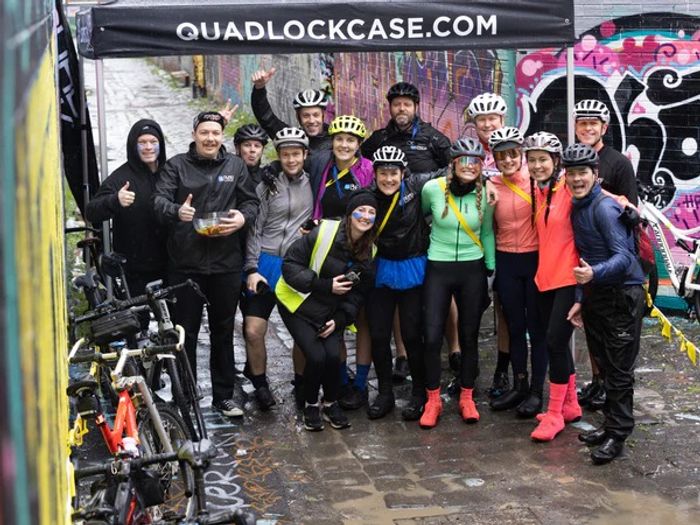 Check out our full gallery of images on our Facebook Page