The return of Chris Froome to the Tour de France in 2022 has been a topic of much excitement in the cycling community. With a return to his pre-crash form, all eyes will be on him, and whether he can pull off a fifth Tour win. 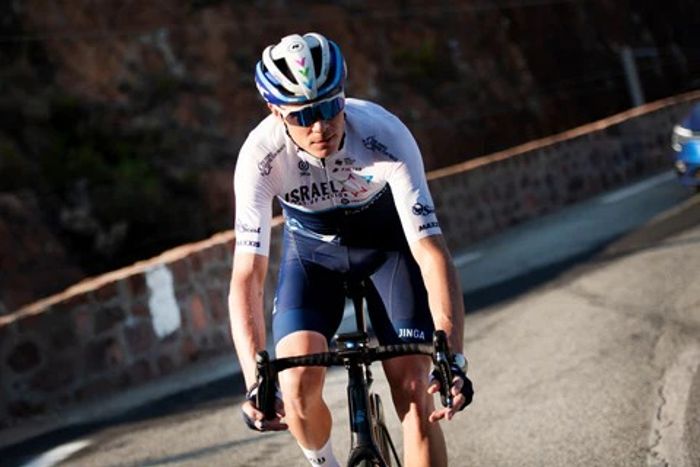 Chris Froome has made his 10th appearance at the Tour de France 2022 on July 1st as part of the UCI Israel-Premier Tech squad.

Winning a total of 7 Grand Tours: 4 editions of the Tour de France, Froomey is committed to getting back to the top.

“I still dream of that fifth Tour victory.”

What makes Chris’ return to the 2022 Tour de France so significant?

After enduring a career-threatening crash at the Criterium du Dauphine in June 2019, Froomey had expressed his doubts about being selected for the race. Since the crash, Froomey has endured a long road back to recovery.

“I mean where I broke my leg, broke my elbow, sternum, ribs, vertebrae on the back. I mean that was a big stack and for the last two years, the goal has been sort of I want to get back to Tour de France, get back there, get back there.”

Determined to return to cycling and racing in the new year with high ambitions to compete in this year's Tour de France, Froomey resumed his training regime to prepare to race in the most high-profile racing event. Watch the video below to see how Quad Lock Ambassador Froomey utilised our Quad Lock bike mount to help him monitor his glucose levels to optimise his rides:

Almost three years on from the major accident and long road to recovery, Froomey has secured one of only 8 places in the Tour de France team alongside Michael Woods and Jakob Fuglsang.

"We also want to keep our options open and see what may be possible in terms of fighting for a leader's jersey like we did last year... However, hunting for stages is definitely the most important goal for us in this year's Tour de France," said Kjell.

With already having two Grand Tours to the team’s name, Kjell would like to complete the “grand tour trifecta” by bringing home their first-ever Tour de France win for the team.

So, how was Chris’ performance in the previous Tours de France?

Fast forward to five years later, Froomey went on to take the title for the first time in 2013 after finishing second to Sky teammate Bradley Wiggins in the previous year.

Coming back in 2014 as a defending champion, Froomey had crashed out on the fifth stage of the Tour de France after falling three times over two days.

Undefeated, Froomey went on to win another title in 2016 and 2017 where he beat Rigoberto Uran by 54 seconds. ‘Till this day, Froomey is the only rider with four wins to his name.

Now, Froomey is back in 2022 to claim his fifth Tour de France win!

We’re excited to support our Quad Lock Ambassador, Froomey as he competes in his 10th Tour de France, which coincidentally falls around the same time as our Quad Lock 10-year anniversary. Best of luck to Froomey and his team, we’ll be watching! Want a more in-depth rundown of this year’s Tour de France? Check out our Beginners Guide to the Tour de France here.